In every discipline, at every level, courses like these surprise, challenge and inspire. 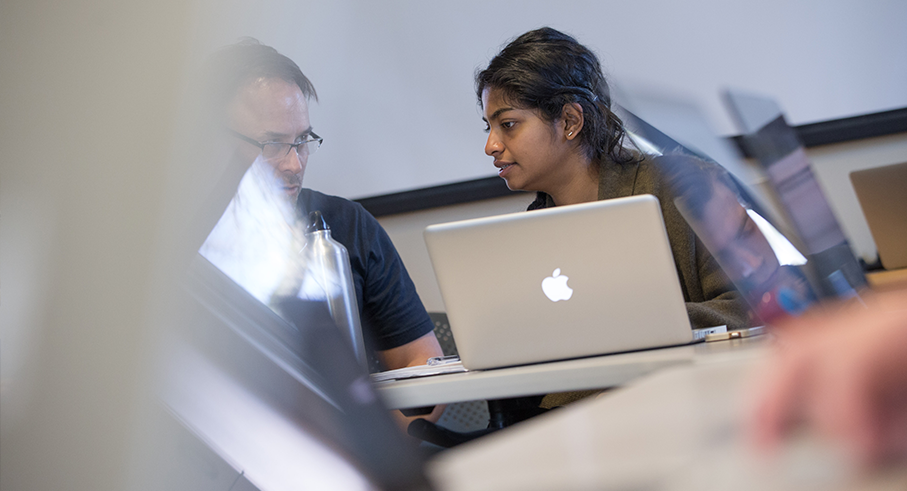 The Assault of Laughter
How has comedy been used as a form of political protest? Does making fun of each other bring us closer together or drive us further apart? Explore how laughter has changed the way we think about our world by analyzing comedic texts from William Shakespeare and Lenny Bruce.

Cover Songs
When artists cover other people’s songs, how can that emulate, pay homage to, comment upon, subvert meanings of and create parodies of previously recorded works? Examine covers of songs through the lenses of gender, sexuality, race, class and genre to discover how changes in social history can shape meanings in music.

Surprises at Infinity
Unlike other math courses you may have taken, this one focuses on ideas and reasoning rather than algebraic manipulation. Discuss the meaning of infinity, how it has been viewed through history, why some infinities are bigger than others and how a finite shape can have an infinite perimeter.

Good Nukes, Bad Nukes
Nuclear power produces energy, but nuclear waste threatens our future. Nuclear weapons make us strong, but dirty bombs make us vulnerable. Nuclear medicine can cure us, but nuclear radiation can kill us. This physics course equips you with the scientific knowledge necessary to participate in public discussions of nuclear issues.

Programming Humanity
When facing a certain collision, could self-driving cars be programmed to choose which lives to save based on a person’s economic productivity? Does Facebook’s algorithm polarize politics by provoking users into angry reactions? These questions and more are explored in this experimental course on the promise and peril of artificial intelligence.